“HEAR NOW THE CLASH OF STEEL AND THE RATTLE OF MUSKET SHOT! The enemy is before us, and they seek to take the bridge. We can hold our footing here in Mar-Milloir if can push them back and take it for ourselves. If you cleave enough of those foreign bastards and aid our forces, what filthy spoils you plunder, KNAVE, are yours for the taking!”

This is an adventure scenario meant to put an emphasis on two concepts of old school style play; dungeon turns and wandering monsters.

The Battlefield twists this however, as rather than meandering a crypt and rolling for dungeon turns and wandering monsters for each new room; you are instead on a field of battle between The Homeland and The Foreign Kingdom, two rival forces of which you ostensibly belong to one of. There are multiple theaters of war present, and you will instead be rolling equivalents to such things as the knaves travel from field to field, looting, killing, and seizing what glories may come to them.

An experiment and beta ashcan teaser for the Rakehell setting addendum for Mar-Milloir.

Oh jeeze, sorry for the delay!
An active theater of war, as listed in the module, is pretty much the Bridge/No-Man's-Land, and hostile territory where the enemy army is presently fighting. It is meant to shift but I likely didn't convey that as well as I could in this initial draft.

A better version of the Battlefield, with rulings to make your own battlefield and such will be in Rakehell 2 which I hope to have out in a month or so.

I'll get back to you with a better read on this in an hour or so, as I just noticed this while in the middle of something.

Thank you.
Very excited for Rakehell 2.

Is there a way to determine where the enemy army is presently fighting, other then the Bridge and No-Man's-Land?

The idea is that the enemy army is fighting mostly everywhere, with the Bridge being the active center of the combat.  Active Threats are meant to be the sort of forward charge/enemies sneaking about on the battlefield and encountering the knaves. I'll try to clean this up and post a new version tomorrow or Friday, as I'm looking at it deeply now and I can 100% better explain/elaborate on these things.

Sorry for all the delays on this,  world's a bit hectic right now for me. But I appreciate the patience and patronage.

Oh no, take your time. I appreciate you taking the time to answer.

Turning a battlefield into a dungeon crawl in lieu of a mass battle system is 11/10. Absolutely love it.

I find most Mass Battle systems to feel detached from the core mechanics of systems they're affixed to; or they relegate the characters to command positions which aren't as dangerous/fun or cause the scenario to dictate the command are leading the fight from the front for some reason.

I think with some time to clarify/broaden things/provide enough examples, this type of scenario could be more broadly useful. Glad to hear you like it! 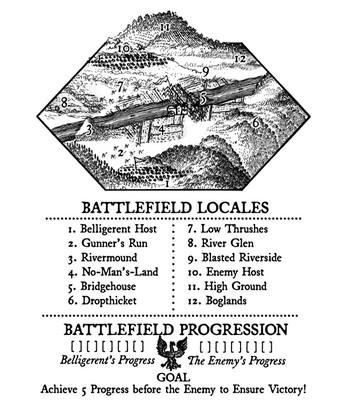 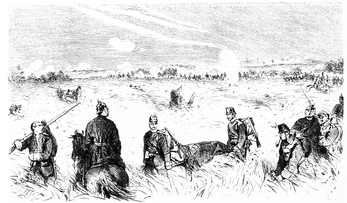